Viewer Launcher Files
The Viewer Launcher is used one time for new users or for existing users who have received a new computer or significant changes to their computer where the viewer files have been removed. When engaged, the ViewerLauncher.exe downloads the “Downloads” folder. While users should only need to do this one time, if they repeat it the executable could have a (1), (2), etc., after it in the file name. Using a wildcard symbol before the “.exe” should allow the exception to apply any time the user performs the configuration again.

C:\Users\username\Downloads\ViewerLauncher.exe
The Viewer Launcher opens when the user accesses the Account page to configure the RocketDocs viewer and clicks the “Launch Configuration” button. 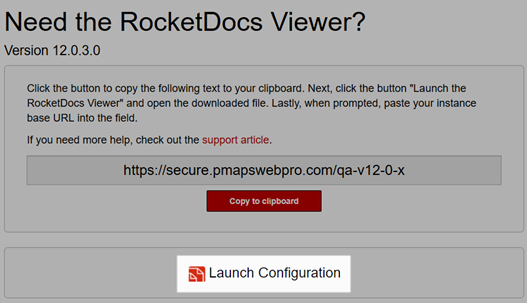 Viewer Folder Files
Files in the Local folder will be the same for both the test site and the customer production site so the exceptions only need to be for the two executables highlighted in blue (and in a border in the screen shot). There will be other versions of the viewer in the “WebPro Viewer” folder, this is specific to the new release. New versions in the future, will have a new version number, so I believe you may need an exception for future releases too (e.g., there will be a new folder “12.X.X.X” or potentially 13.X.X.X or others).
C:\Users\username\AppData\Local\Proposal Software\WebPro Viewer\12.0.3.0 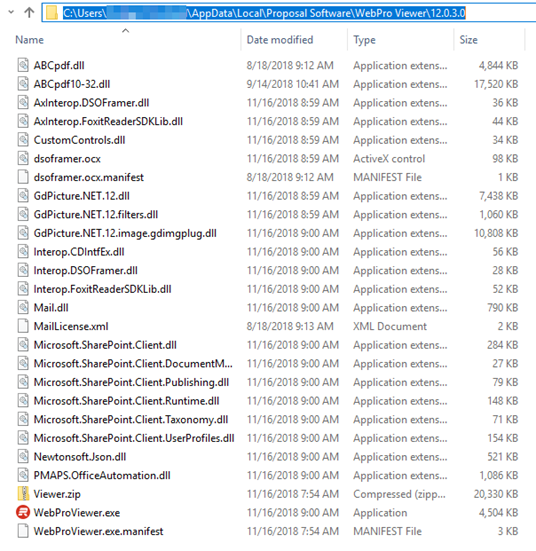 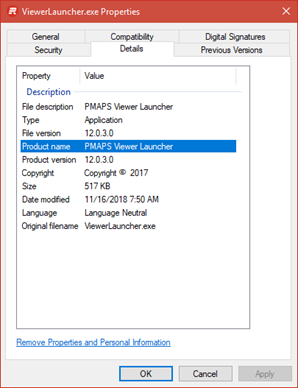 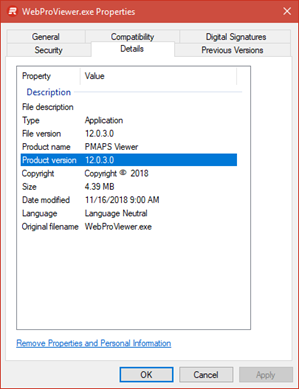